“Since I was 7 years old I suffered from seasonal allergies.  Every 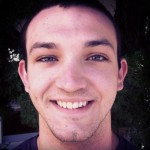 day in the spring time I would have a stuffy nose, itchy eyes and constant sneezing.  For many years, I took prescription medication and then moved to Allegra.  Since having five cranial adjustments, my pollen allergy is gone!”   Dylan F. – San Jose, CA

allergies.  I used over the counter and prescription medications. With all of them, my body would build up a resistance to them and I would suffer. I began to receive steroid shots in my nose to treat the problem. It began with one time per year, then two times per year until I received the cranial adjustments from Dr. Fields. Once I received the cranial adjustments in 2007, I have not had any seasonal allergy problems!!  No shots. No medication. And this has lasted for years now.”
-Lisa Higdon, San Jose, CA
“I had a nasty case of vertigo and could not lie on my left side without becoming nauseated. Sinus infections and allergies also resulted in an inability to breathe out of both nostrils. Three sessions with Dr. Fields resulted in my vertigo going away and me breathing freely for the first time in years. Thank you so much!”
-Yvonne Hom, San Jose, CA
Adam Fields On Google Plus